Gulet Adriatic Holiday, that is Adriatic blue dream d.o.o. is a family owned business established in 2015 for purpose of Nautical tourism. With one of most beautiful gulets on market our mission and responsibility is to organize safe and unforgettable blue cruising alongside Croatian coast. Our routes are flexible so we can enjoy in a chosen places as much as you want. We plan your gulet cruise Croatia with you.

Owner and Yacht master Ante Mazalin was born on 26th November 1980 in Dubrovnik.
He lives in Župa dubrovačka, where he attended elementary school. Secondary Maritime-technical school and Maritime University college Nautical department ending in Dubrovnik, graduated in 2003. He is father of two child Nikola and Božo Toni.

At sea since 2000. when he was a cadet and has since been constantly linked to the sea and the maritime profession.
His career as a deck officer begins on cargo ships in 2004. In 2010, he is promoted to the title of Chief officer. On this job he stays until 2016.

He founded Gulet Adriatic Holiday, that is the company Adriatic blue dream d.o.o in 2015 for the purpose of nautical tourism in which he is employed as a Yacht master.

During his maritime career he gained the title of Master of the ship of 3000 GT and above, as well as Yacht master of the yacht category B (yacht up to 500 BT), with a numerous certificates required by the STCW Convention;
– Basic training
– Advance fire fighting
– Medical care
– Proficiency in survival craft and rescue boats ;
– Ship security officer ;
– Passenger ship safety ;
– Use of leadership and managerial skills ;
– Environmental Marine Awareness MARPOL ;
– ECDIS and many other ;

In his spare time, he loves to occupy himself with diving and fishing. His navigation expertise is exceptional. He speaks English and Italian. 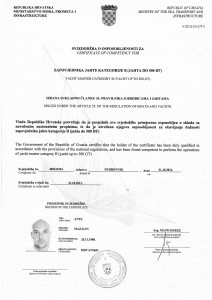 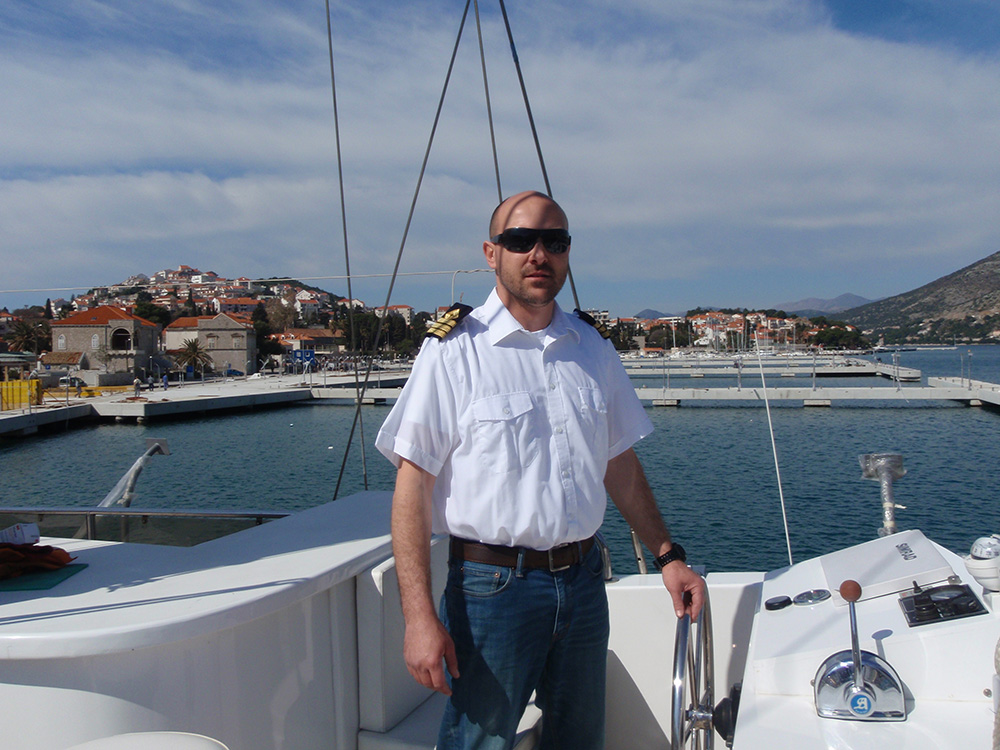 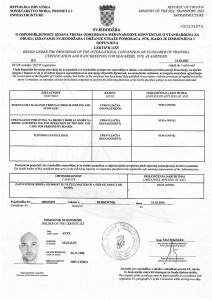 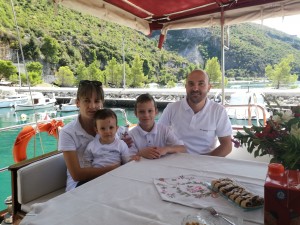